A History of the Button Front Shirt 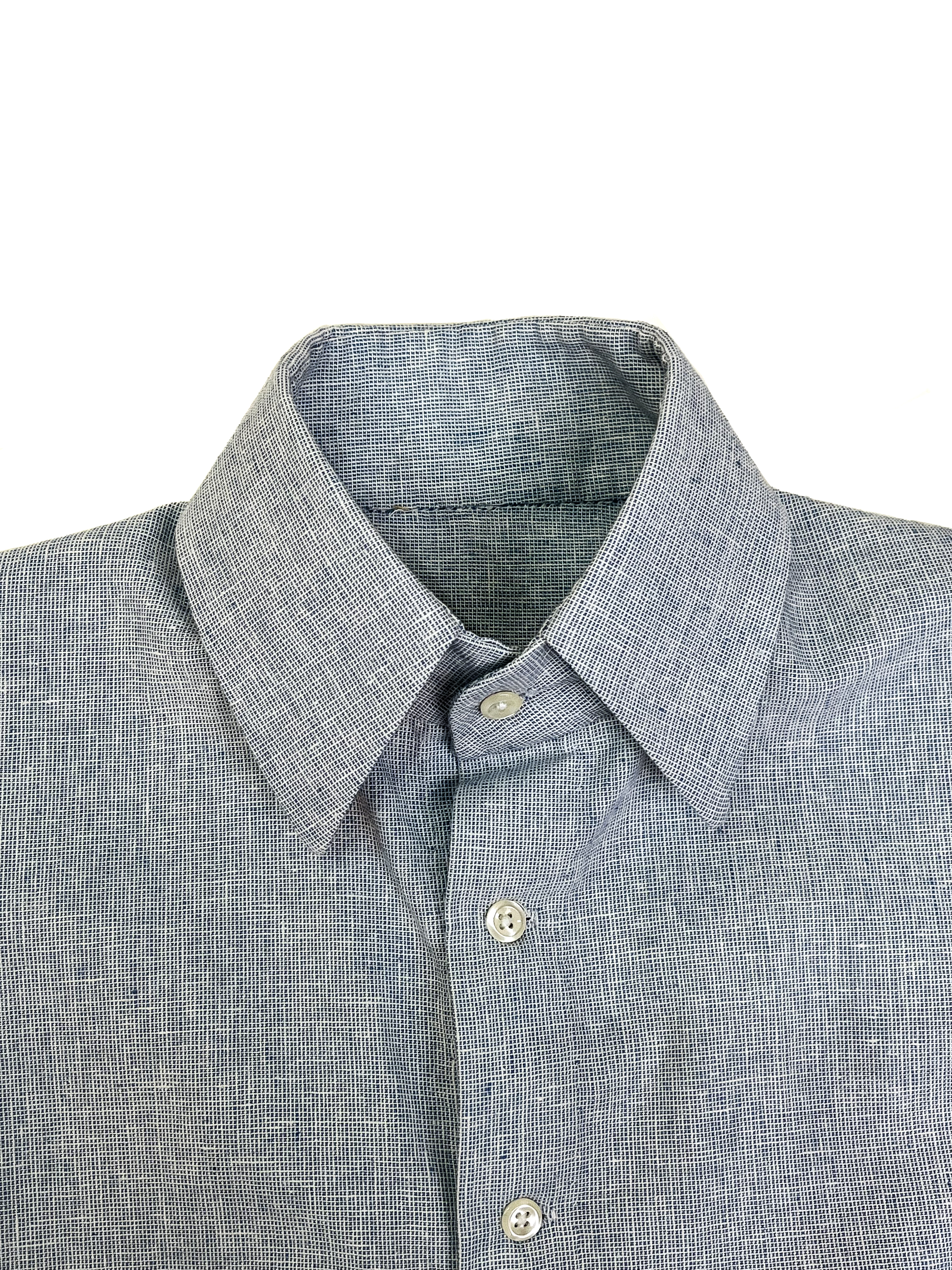 The button front shirt is timeless, versatile, and steeped in history. Through the many iterations of the shirt, stories of craft and culture are held in each garment. With examples from many parts of the world, the buttoned shirt rose in popularity in part for its practicality – the addition of buttons allowing for tighter fitting, highly structured garments. Its design and construction vary with culturally specific aesthetic and craft traditions. In historical examples, embellishments and shapes reflect local clothing practices informed by tradition, industry, geography, and climate.

“Button front” refers to any shirt with a full length opening, lined with buttons to allow a smooth closure. The typically fitted necklines, cuffs, and tailored shapes of the button front shirt are made possible by the button – a seemingly simple yet incredible tool that has played a large role in shaping the course of fashion and clothing production. The first buttons were decorative, the oldest extant example from ca. 2000 BC found in Mohenjo-daro, in present day Pakistan. These pieces were made of curved shells, with small holes drilled in the surface for thread. Over time, the button shifted from a form of embellishment to having a deeply practical purpose as well. There is evidence of buttons used to close shirt cuffs in the early Byzantine Empire, and to fasten the necks of Egyptian tunics by the 5th century AD. The shirt collar as we know it today developed from earlier iterations of collars and ruffs, especially prevalent in 16th century European dress.

Buttoned closures for garments became increasingly prevalent in the 13th century with the advent of the reinforced buttonhole, though buttons attached with cloth shanks predated and continued to be widely used. The buttonhole is strengthened and shaped by these additional stitches. Frays and rips are prevented – the cloth protected from the strain of the repeated motions of buttoning and unbuttoning. This stitching ingenuity allowed for expansion in clothing design. With smocking, lacing, gathering, and pleating among the popular and preferred techniques for shaping cloth, buttoned enclosures allowed for tighter fitting garments and new shapes while using less cloth. Early iterations of the button front shirt functioned primarily as undergarments to protect outer layers from wear and soil, before becoming intricate pieces to be shown and admired. The buttons allowed for some elements of the garment to be easily detached and reattached, such as collars and sleeves, which made for easy laundering.

The buttoned shirt became a piece for expression – a canvas to convey personal taste, craft expertise, and social status. Alongside buttons, collars, sleeves, and cuffs are all a ground to showcase beautifully intricate and specific craft techniques. Options for clothing shape and design became seemingly endless, the shape of a collar or the swell of a sleeve adding playful personality to the final garment. The button front remains beloved for all its versatility, practicality, and design potential, each garment a ground for beautiful expression.

Coffin, David Page. Sewing Shirts with a Perfect Fit: The Ultimate Guide to Fit, Style, and Construction from Collared and Cuffed to Blouses and Tunics. Quarry Books, 2018.

Learn to sew and tailor your very own this spring at Tatter, in our upcoming Button Front Shirt class!