A Virtual Class with Annie Coggan 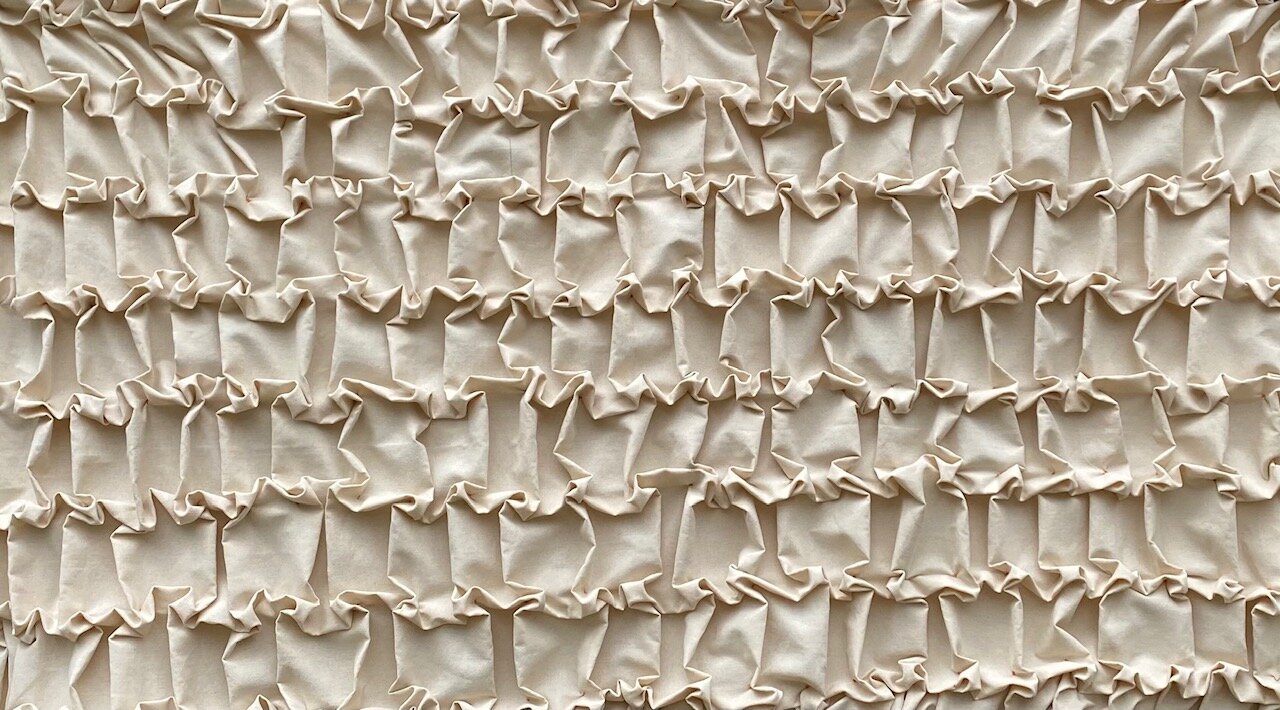 Smocking is an embroidery technique used to gather fabric so that it can stretch. Before elastic, smocking was commonly used in cuffs, bodices, and necklines in garments where buttons were undesirable. Smocking developed in England and has been practiced since the Middle Ages and is unusual among embroidery methods in that it was often worn by laborers.

The technique and definition of smocking is wide-ranging and loosely defined. Annie Coggan has been experimenting with multiple smocking techniques for the last ten years and has gathered various techniques into a stitching logic that she refers to as Modernist Smocking. This workshop with teach an advanced technique of modernist smocking that Coggan has mastered from a series of grid-based stitches.

If you are interested in exploring more ways to manipulate fabric join us for part- THREE of our virtual smocking classes. These smocking variants speak to Coggan’s continuing artistic exploration of the physical changes that textiles can undergo with deep stitching, and the performative potential of a smocked surface at an architectural scale. In this workshop Annie will again discuss the logic and cultural constructs of smocking and impart other smocking techniques that will further your textile practice.

Location
Zoom, a link will be sent to participants the week before class

What to Bring
Woven fabric at least 22” x 32” (a pillowcase or the back of a dress shirt would also work well), a ruler, sewing needle, thread, a marker and scissors.

Principal at Chairs + Buildings Studio, Coggan received her Bachelor of Arts from Bennington College in Vermont and her Master of Architecture from the Southern California Institute of Architecture (SCI-Arc), Los Angeles CA.

Coggan’s practice is based in visual scholarship focusing on fabricating furniture as a mechanism for storytelling and experimental textiles as soft construction within a historical context.

A Virtual Class with Sarah Woodyard

A Virtual Class with Karen Stevens

A virtual class with Karen Stevens

A community class with Louisa Owen Sonstroem, in support of Tatter Library