The History of Bloomers 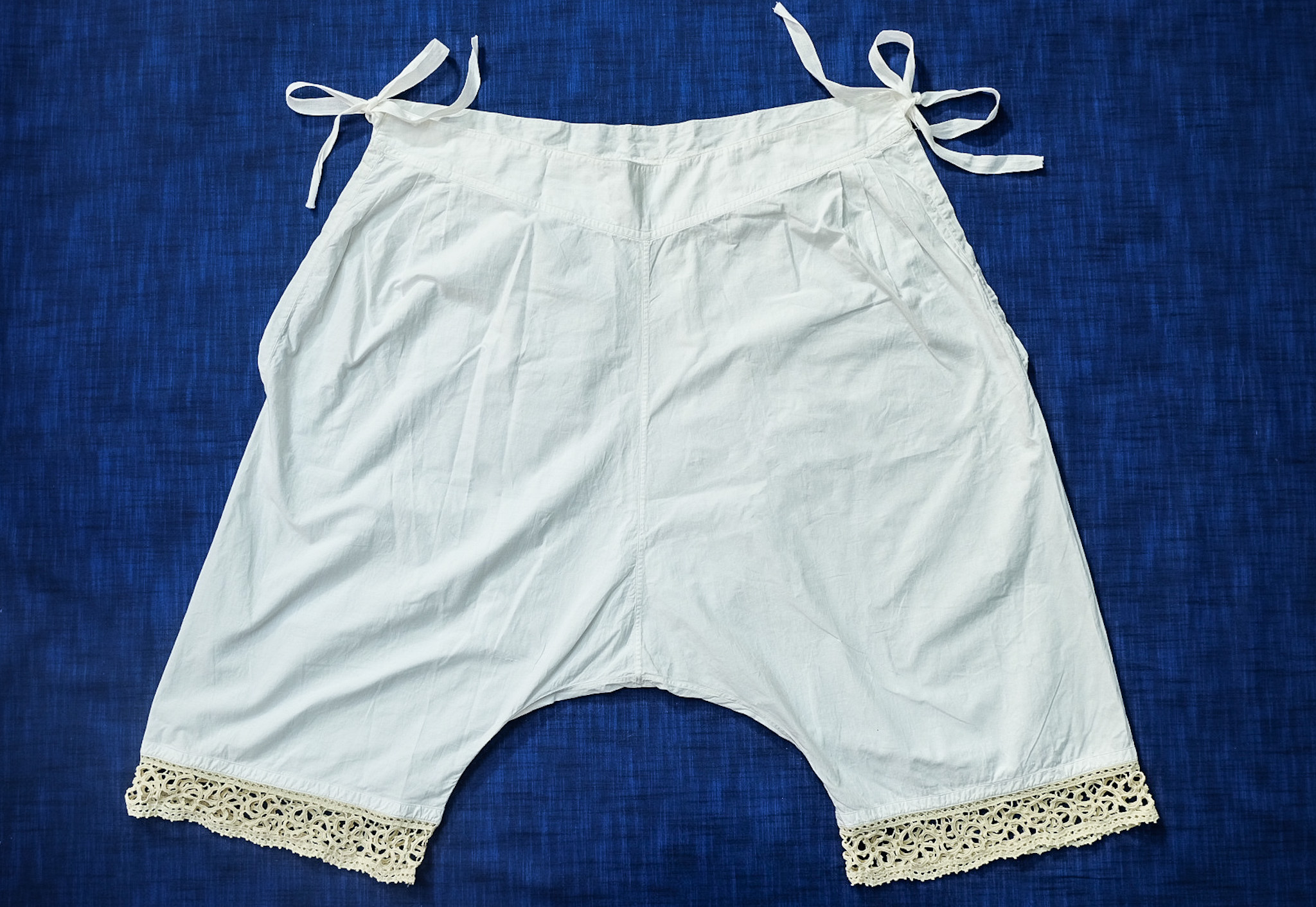 Bloomers, though they have largely fallen to the background of fashion, have played an important role in the history of women’s rights in the United States. In the early 19th century, women’s dress was highly restrictive, comprised of structured forms and undergarments that shaped the body to conform to very specific and otherwise unattainable beauty standards. The tight-laced, boned corset is one such example. These styles were cause for concern: they restricted activity and mobility, informed gendered social expectations, and posed serious health risks to the wearer. The Victorian Dress Reform Movement, also called the Rational Dress Movement, was born from these concerns. The leaders of this movement advocated for new, more practical and comfortable styles for women’s clothing. New patterns were designed and shared widely, with some completed garments readily available for purchase in stores.

Bloomers are one style that gained massive popularity during this moment. They first rose to popularity in the mid-19th century, designed as a women’s garment for the lower body. Initially, bloomers referred to loose pants gathered around the ankles, often worn under knee-length skirts and dresses — shorter and much lighter than their ankle-grazing counterparts. The term has also come to refer to short, billowing women’s undergarments for the lower body. They allowed for increased mobility and easier laundering compared to the full, trailing skirts that were predominately fashionable at the time. Many began to opt for bloomers as a clever and practical alternative. They represented a striking break from the norm. The style innately encouraged increased mobility and prioritized the needs and comfort of the wearer, in turn influencing the expansion of women’s rights.

In 1851, the style was adopted by Elizabeth Smith Miller, who introduced them to her cousin, Elizabeth Cady Stanton. Stanton then introduced them to Amelia Jenks Bloomer, for whom the garment is now named. Bloomer wrote rave reviews about the style in The Lily, a newspaper by and for women which she ran. This led to a massive spike in the garment’s popularity, leading it to take on the new name of “bloomers” or “the bloomer.” Those who wore bloomers visibly were often ridiculed and ostracized, leading many to return to more conventional dress, unnerved by the attention and the ways in which it detracted from their political endeavors. However, bloomers continued to be worn as an undergarment similar to pantalettes, made to be fastened at the waist and to fall around the knee – a still powerful symbol of the shifting roles and societal expectations of women.

Bloomers yet again took an influential role in the expansion of women’s rights in the 1890s — during the so-called bike boom! Bicycling became hugely popular. Bloomers, among the women, became a sort of cycling uniform. The loose pant legs were well suited to the activity, allowing for comfort and wide motion. The length of the pants was shortened to fall just below the knee, with stockings worn over the shin and the skirt often bypassed altogether. The bicycle presented a new opportunity for a more public and outwardly visible role. The popularity of bloomers continued as they were worn through the early 20th century as outer and under garments for both athletic and casual wear. A powerful garment, they served as a radical sign of the expansion of women’s roles in the larger social structure.

Chapman, Don. Wearing the Trousers: Fashion, Freedom and the Rise of the Modern Woman. Amberley, 2017.

This fall, Sarah Woodyard of Sewn Company will be teaching Hand-Sewn Bloomers at Tatter! Taking inspiration from a collection of several mid-to-late 19th-century bloomers, Sarah will guide you through the patterning, cutting out and hand-stitching to create an historically-inspired undergarment perfect for the boudoir or styled for modern wear.