The History of the T-Shirt 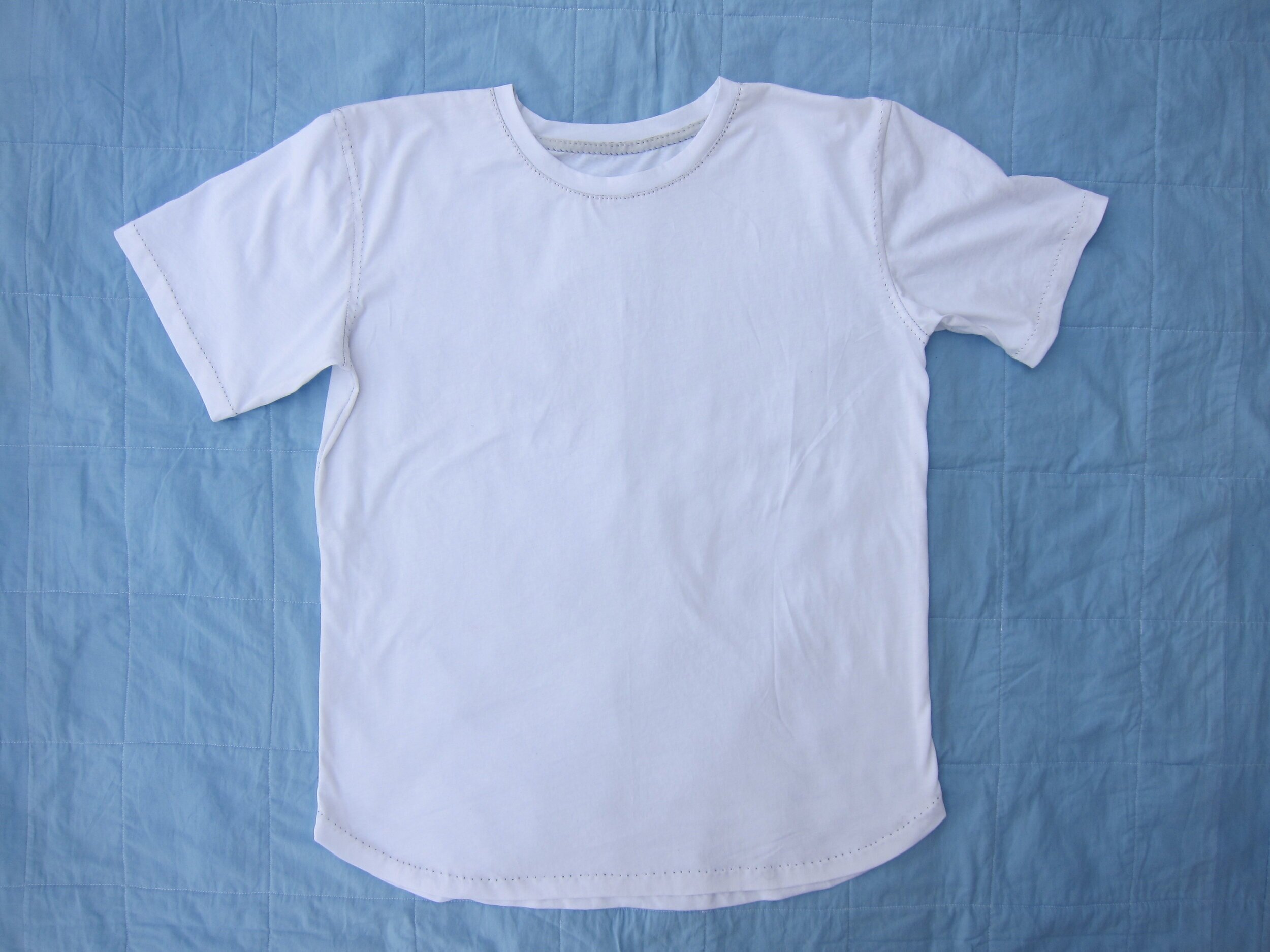 Over the last century, while its construction has remained simple, the t-shirt has gone through various shifts in purpose and meaning. Initially considered a men’s undergarment primarily used by laborers and soldiers, it has come to be a unisex outer garment, a canvas for personal expression and style, and a beloved choice for casual and formal occasions. The t-shirt has remained incredibly popular for its versatility, utility and comfort. This garment moves and stretches with us, getting softer and more precious with wear. Uniform and simple, or teeming with political and personal expression, the t-shirt holds potential for comfort, disruption, and connection.

Late 19th century: Union suits, a kind of one-piece long underwear, rose in popularity in the second half of the 19th century. First created as women’s underwear, they eventually came to be associated with men’s undergarments, often worn by laborers and soldiers. These union suits typically had long sleeves and full-length legs, with buttons running the length of the front. In the early 20th century, union suits were increasingly replaced by long johns, and other forms of two-piece underwear. The tops slowly evolved into the t-shirt we know today.

1910s: The first mass-produced t-shirt in the United States was manufactured by the US Navy in 1913, aided by new knitting technologies that allowed for a snug but stretchy fit. These shirts were typically  made of white knit cloth, tight fitted, featuring short sleeves and a round crew neck. They were issued as standard, uniform undershirts. With the invention of central heating in the 1920s, lighter undergarments became increasingly desirable and the t-shirt rose in popularity among the general public.

1940s: After World War II, it was common to see veterans wearing their t-shirts as everyday, casual outer garments. During this time, the t-shirt was still predominantly considered a men’s garment and primarily associated with soldiers and laborers.

1950s: The t-shirt was seen as a symbol of masculinity. As it was still largely considered an undergarment, its use as outerwear gained connotations of rebelliousness. Donned by film stars such as Marlon Brando and James Dean, the t-shirt became desirable for practical and fashionable reasons.

1960s: The 1960s brought the rise of the graphic t-shirt. The invention of screen-printing technologies expanded the possibilities for surface design. Bright colors and patterns were the fashion, and the t-shirt started to become a canvas for expression. Alongside its prevalence as a fashionable outer garment, the tee was commonly worn by people of all genders.

1970s & 1980s: By the 1970s, with the influence of ‘60s and ‘70s social movements, the t-shirt was now firmly considered a unisex garment. T-shirts were increasingly used to convey messages and information. They began to be used for advertising and merchandise for companies, brands, and music groups, as well as to convey social and political messages.

1990s: In the 1990s, the t-shirt made an appearance in high fashion on runways alongside its continued use as everyday, casual wear marketed towards all genders.

2000s & 2010s: In the 2000s, graphic, fitted t-shirts were popular. They continued to be used as a ground for personal expression, as well as for merchandising, messages, and humor. In the 2010s the t-shirt continued to hold its place as a simple wardrobe staple with variations appearing in couture and formal event wear.

This month at Tatter, join us in stitching our very own t-shirts in Hand Sewn T-Shirt, a virtual class taught by Louisa Owen Sonstroem!