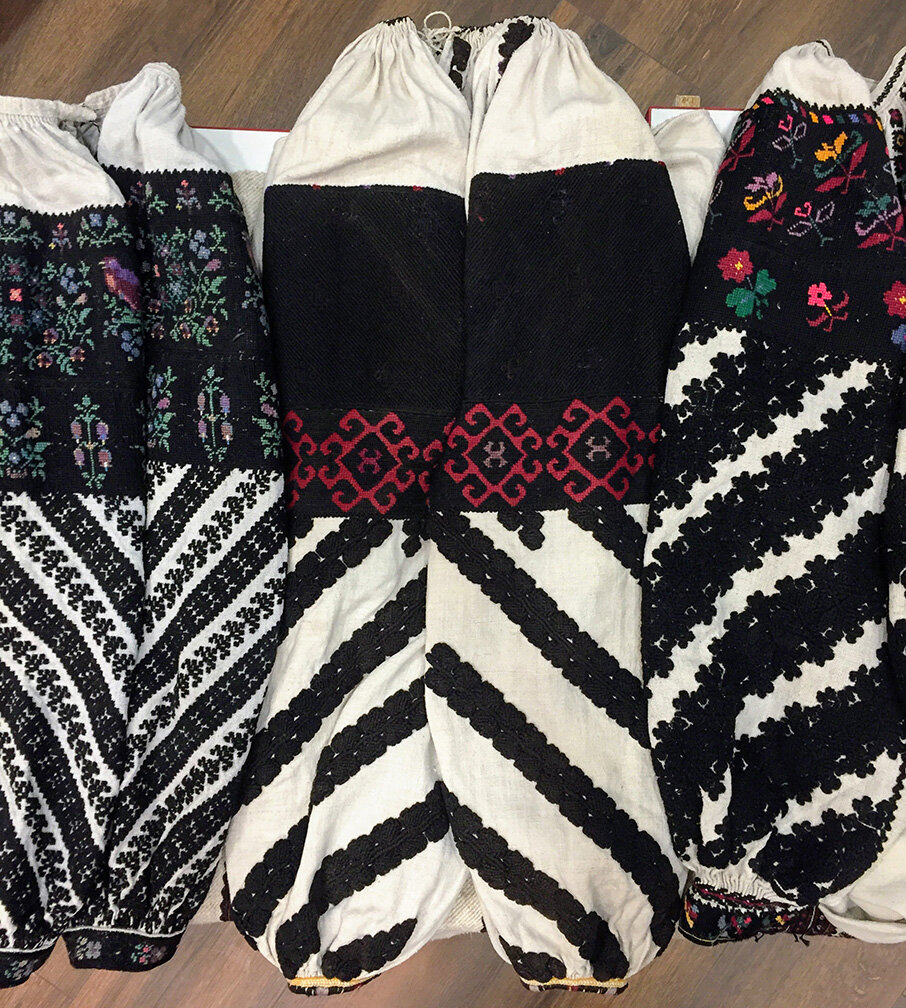 Ukrainian craft has a rich history which demonstrates a wide variety of techniques, ornamentation, design, and color schemes. Borshchiv, a region on the high plains in the west of Ukraine, is known for its bold, beautiful, and distinctive embroidery in which incredible artistry and sensibility for composition and color are shown.

Embroidery in Ukraine has long been used to ornament everyday cloth items, as well as items with symbolic or spiritual importance, such as clerical vestments and rushnyky (intricately embroidered ritual cloths). The spread of industrialization in the late 19th and early 20th centuries led to less practice of traditional folk techniques. With the growing availability of mass-produced products, traditional craft became decorative rather than practical.

Historically, aesthetic and formal conventions for design and craft vary region to region, influenced by differences in climate, resources available for textile production, and local aesthetic preferences. Red and black have traditionally been used as the primary colors for embroidery, though metallic threads were fashionable in some regions in the 17th and 18th centuries, especially to adorn spiritually significant items. Hemp, flax, wool, and linen were among the most popular and widely spread materials. In Borshchiv, the climate is warm and favorable for agriculture. Summers are mild with enough rain to prevent drought, and winters are cold without too long or severe a frost. Due to the mild weather, garments were typically made of hemp or linen.

Men and women’s everyday shirts were often left undecorated, with women’s everyday shirts, called budenky, possibly simply decorated with a narrow strip of embroidery on the front and the sleeves. Shirts for Sundays and festivities however, called sorochky, are recognizable in the richness of their embroidered ornamentation. These traditional garments are loosely fitting—wide bands of cloth pieced together and gathered or smocked at the neck and sleeves. The wide pieces of cloth allow for a larger working area and increased flexibility of composition. The needlework designs are chosen to suit the size and shape of the garment.

The stitches are bold, often worked in black wool thread, creating a beautiful and striking contrast with the airy, flowing cloth. The thread is significantly thicker than the cloth, forming a relief effect as the stitches protrude, adding varied texture and visual delight. The embroidery covering the sleeves is divided into three distinct compositional parts: the inset, the middle, and those thin strips of embroidery stretching all the way to the cuff. Each section is visually distinct, featuring a range of stitches and motifs, coming together to form one compositional unit. Common motifs include geometric designs and floral imagery– some included for decorative purposes, while others hold symbolic significance and story. Regardless of intention, these garments are sumptuous, tactile reminders of a time and place.