Gradients of Blue: Beyond the Earth 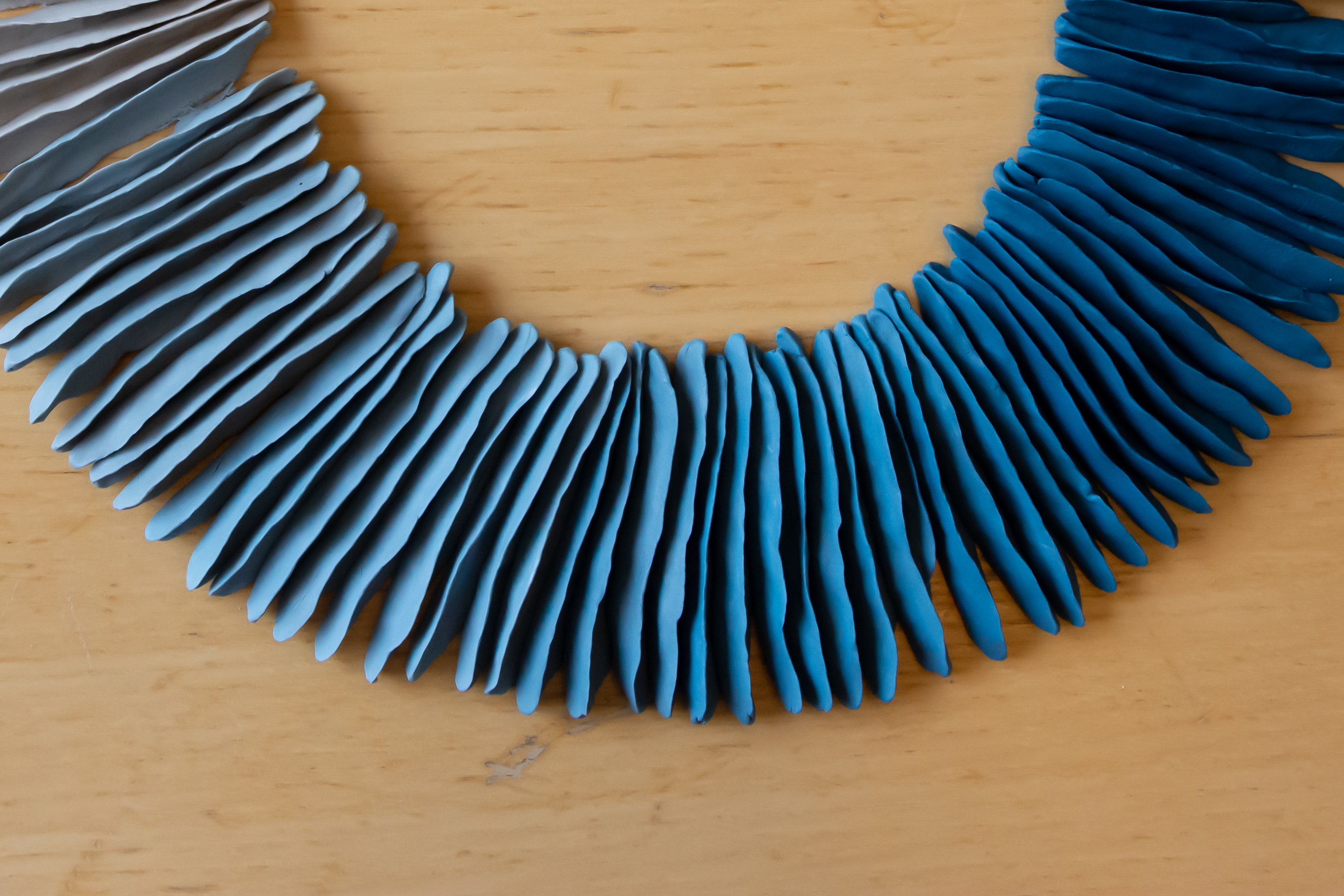 It was never my intention to think about mountains, the sea, or the sky. It is just that they were there and I was desperate. I spent my youth many miles from the mountains and further from the salty sea. It was not an uninteresting landscape; for thousands of years glaciers carved kettles and left moraines filled with the richest of black earth. And maybe for this, I’ve always loved the earth, the soil, dirt, and clay. When I see good earth, my hands go in and I inhale; I want to burrow and submerge myself, and find understanding through it. And maybe because I am from a place carved out, we talk around things; our understanding comes in the negative space of things.

For what also seemed like thousands of years we curled together, wrapping our barren bodies around the most tender loss. The body of my dog curled at my stomach, my husband around me, all the others who’ve ever felt the same loss around us, like gradients of clay wrapping around a void, together creating the strength of an arch. Until one day, the morning light called our attention. The windows of our home now face the salty water of the sea to the west and mountains just beyond. The earliest light was projecting from the water to our bedroom wall as a train passed. And I realized we were still here in the world, with this broken peach light from the water, from the sky, moving across our wall, stunned and surprised that we did not disappear into our grief.

This void, this grief, like the remains of a slow-moving glacier, led me to the expanse of the sky. Having moved to Seattle several years ago, each day I observe the same panoramic view of the sky, the Olympic Mountains, and the salty water of the Salish Sea. However, this same scene is ever-changing, and the ephemerality of light and natural color is what most interests me. And just when I needed it, I learned about the Cyanometer, invented by Swiss alpine climber Dr. Saussure – a tool by which to measure the intensity of blue in the sky.

I started making Cyanometers from clay and pigment, hand-pressed, slowly; drawn to the idea of having a tool by which to name and categorize such seemingly unnameable things. I mean, at what moment was the sky that particular tone of Cyan? It felt like trying to label or categorize my grief. And so, the sky was with me, changing yet staying, while I went through this thing. I did not force it to move more quickly, just paid attention.

At times we are all too quick to say the sky is blue. However, when we look and carefully observe, we can see that the colors vary from blue to pink, to orange, to pale grey peach fading into every other color. In this work, I am interested in seeing color for its moment. I want to touch it, manipulate it, squeeze it into form. I want to let it drift into another color, sometimes slowly. I want to have a physical knowledge of what it means to have color. I am using color as a metaphor.

My work examines the qualities of a moment, or the idea of a moment in physical form: temporal, fragile and fleeting. These moments are plastic; sometimes they seem to stretch translucent thin, changing in strength and quality. At other times the moments are slow to transition.

The times to pay attention – these moments – can vary: from watching the monitors of my mother in the ICU unit, held by the steady breathing ventilator; to living far from home in isolation; to the work of hanging lace – a metaphor for living in the shadows of my grandmothers; to a panoramic view of many mountains and valleys; to waiting and watching the gradients of carefully controlled cells grow. A quiet, private grief plays out in the subtleties of my work, often speaking around things, just as we did back in the rural farmlands.

Sometimes at night when I look to the sky and Puget Sound, I am comforted by the darkness and by the kinship with the view from my childhood farm. The repetition of the waves, the planting of crops, the rows and rows to watch pass by. Some things constant while others change. Landscapes carved slowly over time, our bodies, our land – changing slowly.

Amanda Salov was born in Savannah, Georgia and raised in the rural pottery town of Cambridge, Wisconsin. She received a BFA focusing in ceramics and an MFA focusing in ceramics, sculpture, and fibers. Amanda has shown her sculptures and installations nationally and abroad. She also can be found painting and writing. This is the first time her writing has been published and she finds it both exciting and terrifying to be so vulnerable. For the past decade while living in the Pacific Northwest, she’s been grappling with infertility, a thing almost no one speaks of openly, trying to understand it from her environment and spaces surrounding her. She lives and works in the beautiful blue city of Seattle, Washington.

Next StoryA Blue of Bioluminescence