Skip to content
Previous StoryCelebrating the Evidence of Life, through Repair 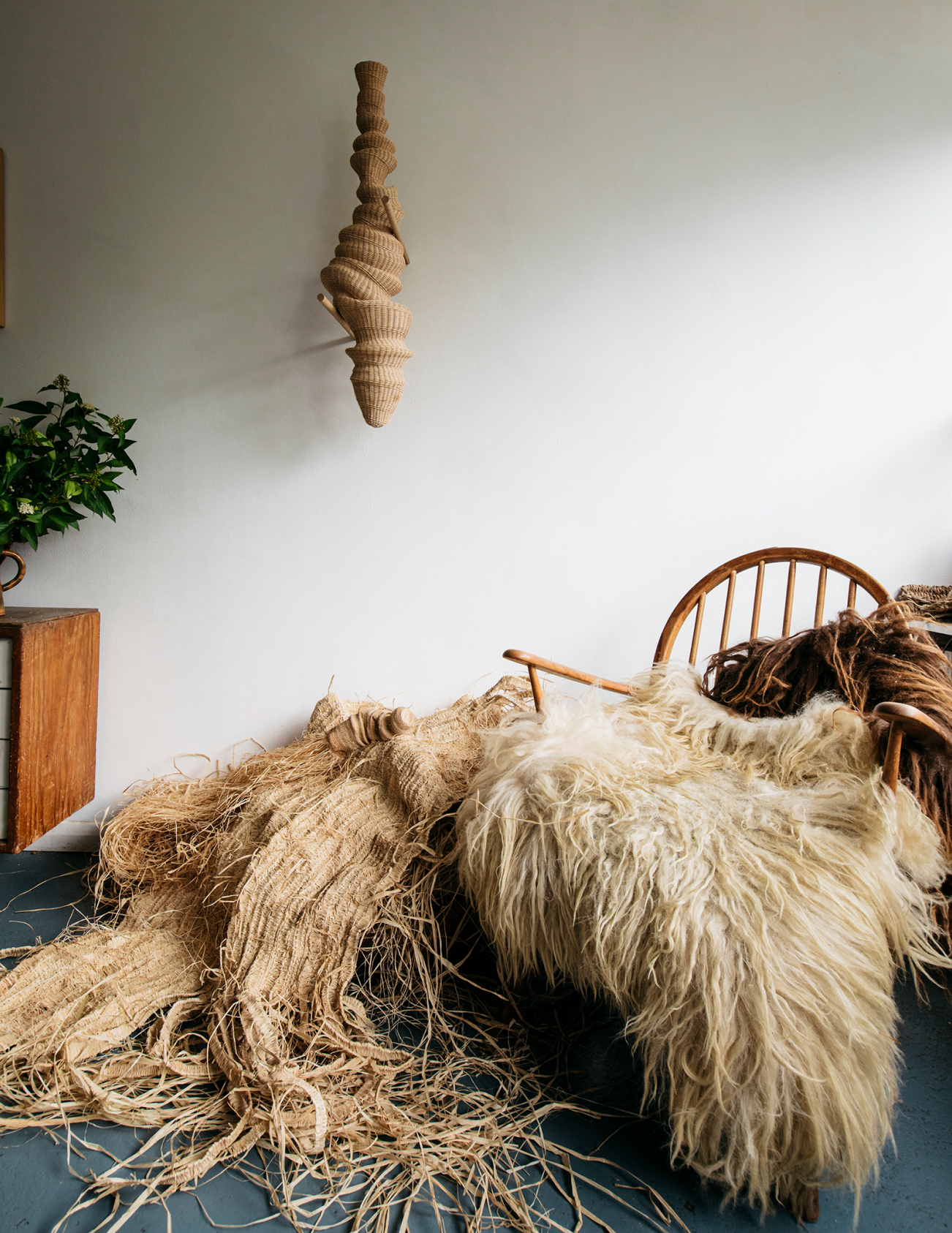 Looking at artist Dan Coopey’s rattan work, Untitled (Susa), you can’t immediately see that it encloses secret treasures within. Woven ellipses of fibers circumvent stacked volumes of space, in a dynamic unbalanced spiral. Examination reveals that the structurally rigid vessel, draping though it appears, is fully closed at the top. This is unexpected in basketry, a medium associated with function. Most often, a basket is designed to leave its contents accessible.

Coopey provides cryptic clues in the list of the work’s materials: “Rattan, Bronze, Chewing Gum, Oak”.  Coopey works often with gum. Chewing gum and depositing it inside a vessel, he says, is a kind of signature, a way to add his DNA to the work. Chewed gum, he notes, has a history as ancient as basketry. He explains that the imprint of ancient basket forms found pressed into clay are matched by carbon dating to teeth found fossilized in chewed tree saps. Fossilization makes permanent an isolated moment in time, and the objects enshrined in Coopey’s woven forms act similarly, as personal time capsules.

Coopey is an artist born and currently working in the U.K. In 2016, he was granted an artist residency in Brazil, a country where basket making is still an active part of identity and domestic product. Instead of returning home when the residency ended, Coopey stayed. While in Brazil, Coopey immersed himself in basket culture, making forms that fuse his own idiosyncratic woven creations with traditional baskets he found in markets. The body of work which emerged speaks to how the experience of being an outsider amplifies the self. In these pieces the liquid geometry of Coopey’s vessels intersects traditional baskets, shaped by their origin and purpose. Each remains distinct as they combine to shared form. At a moment when we are focussed on the intentions and consequences of cultural encounter, Coopey’s works gesture to a potential for unlabored coexistence, to the simultaneous possibility of assimilation and preserved autonomy.

Coopey is fascinated by the ‘panculture’ of basketmaking, how a globally ubiquitous technique offers space for an artist to connect through a collective community of craft. His work attests to the entry granted by shared expertise. COVID-19 forced Coopey to return to England, to a more isolated practice. There, his work, like many of us, has returned to autonomous forms. At this moment we have reverted to singular shapes, secreting our treasured objects inside.

Learn more about the art of Dan Coopey.

Next StoryThe Materiality of Isolation