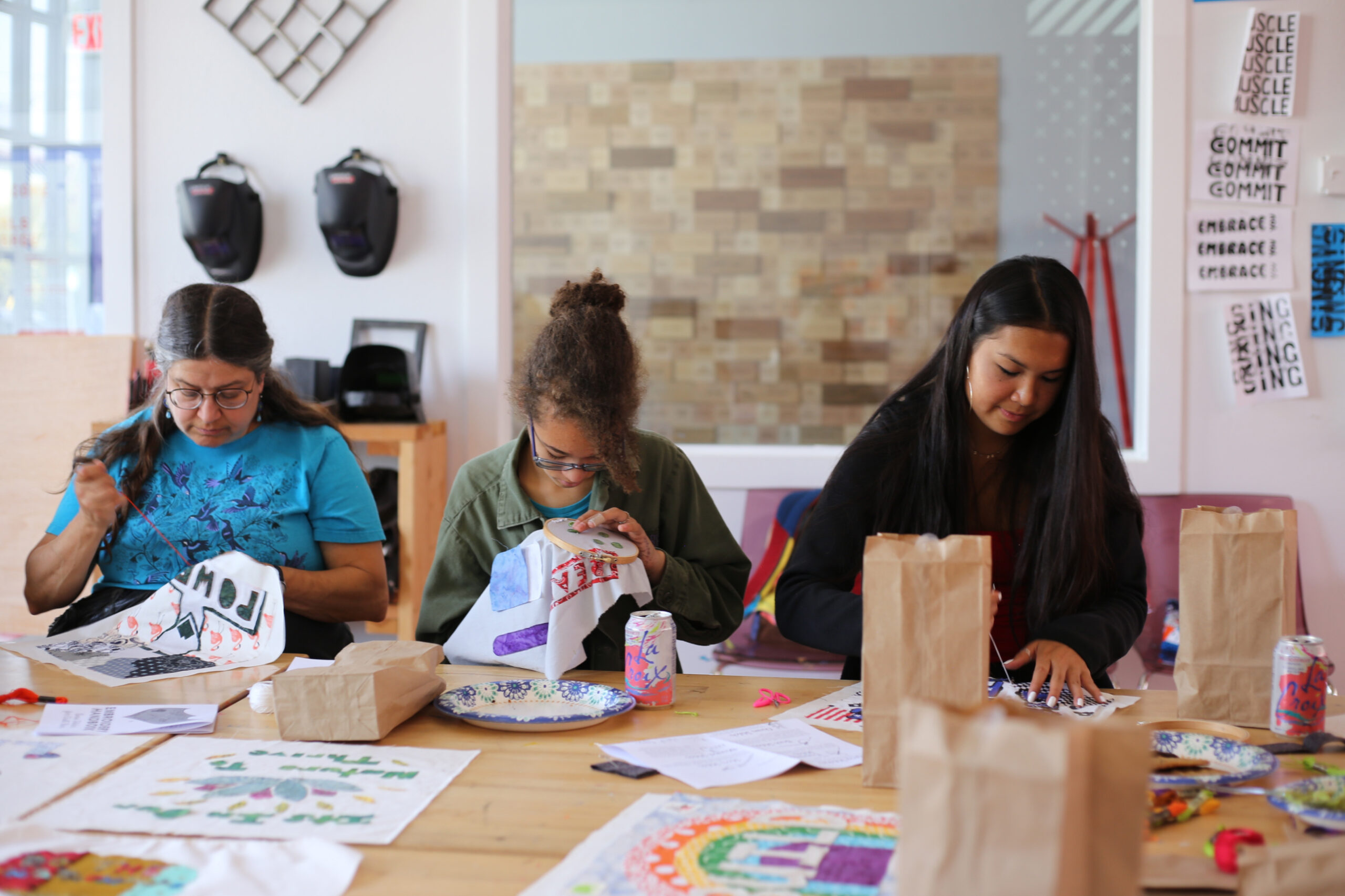 Feelings of isolation are perhaps most painfully profound in children and youth. Confusion, fear, and a lack of the comfort that young people need early in life can cause untold trauma. Most youth facing isolation due to separation from family, the color of their skin, or underreported sexual abuse lack the opportunity to creatively express their emotions or advocate for other young people, leaving them to deal with their isolation in a way that further separates them from others.

Since its founding in 2017, the Social Justice Sewing Academy has bridged artistic expression with activism to advocate for social justice. Through a series of hands-on workshops targeted at young people in schools, prisons, and community centers across the country, SJSA empowers youth to use textile art as a vehicle for personal transformation and community cohesion to become agents of social change. Isolation as it relates to social justice is just one of many themes explored in quilts and blocks made at SJSA workshops.

While the insecurity of solitude may never be healed in some children, the magic of the Social Justice Sewing Academy is that it can relieve, even temporarily, a young person’s isolation by creating community and facilitating creative expression. Quilting is often a solitary activity. But at SJSA workshops, youth are empowered to pour their voices, hopes, fears, and dreams into cloth, and to do so surrounded by supportive peers. The quilts they make and the community they build provide solace.

When youth are behind bars – detained in cages or incarcerated – they are separated from parents and family. In 2020, there are 545 migrant children separated from their parents at the border who may never be reunited, and an estimated 48,000 youth are incarcerated, most for non-violent crimes.

From an early age, young people of color learn that the color of their skin impacts all aspects of their life in America’s white supremacist society. From parents of color having the talk with their kids about the dangers of policing, to seeing children like 12-year-old Tamir Rice and 17-year-old Trayvon Martin murdered on the news, young people of color have fear and feelings of isolation because of their skin color. These youth are crucial voices the Black Lives Matter movement and towards building a more just future for communities.

According to the Rape, Abuse & Incest National Network (RAINN), child protective services substantiates or finds evidence of child sexual abuse every nine minutes. But only an estimated 30% of sexual assaults are reported to police. Intimidation, gaslighting, and shame often lead to survivors of sexual abuse to keep their story silent, suffering with their pain alone.

Despite the many kinds of isolation faced by young people, their desire to be seen and embraced by broader communities is palpable. Hope, optimism, resilience, and persistence are also themes of SJSA quilts and blocks, reminding us that young people are capable of overcoming tremendous obstacles to assert their rights to be viewed as full citizens.

Next StorySweatpants and Anxiety in the Age of Covid