A diary of weavings by Bryana Bibbs. 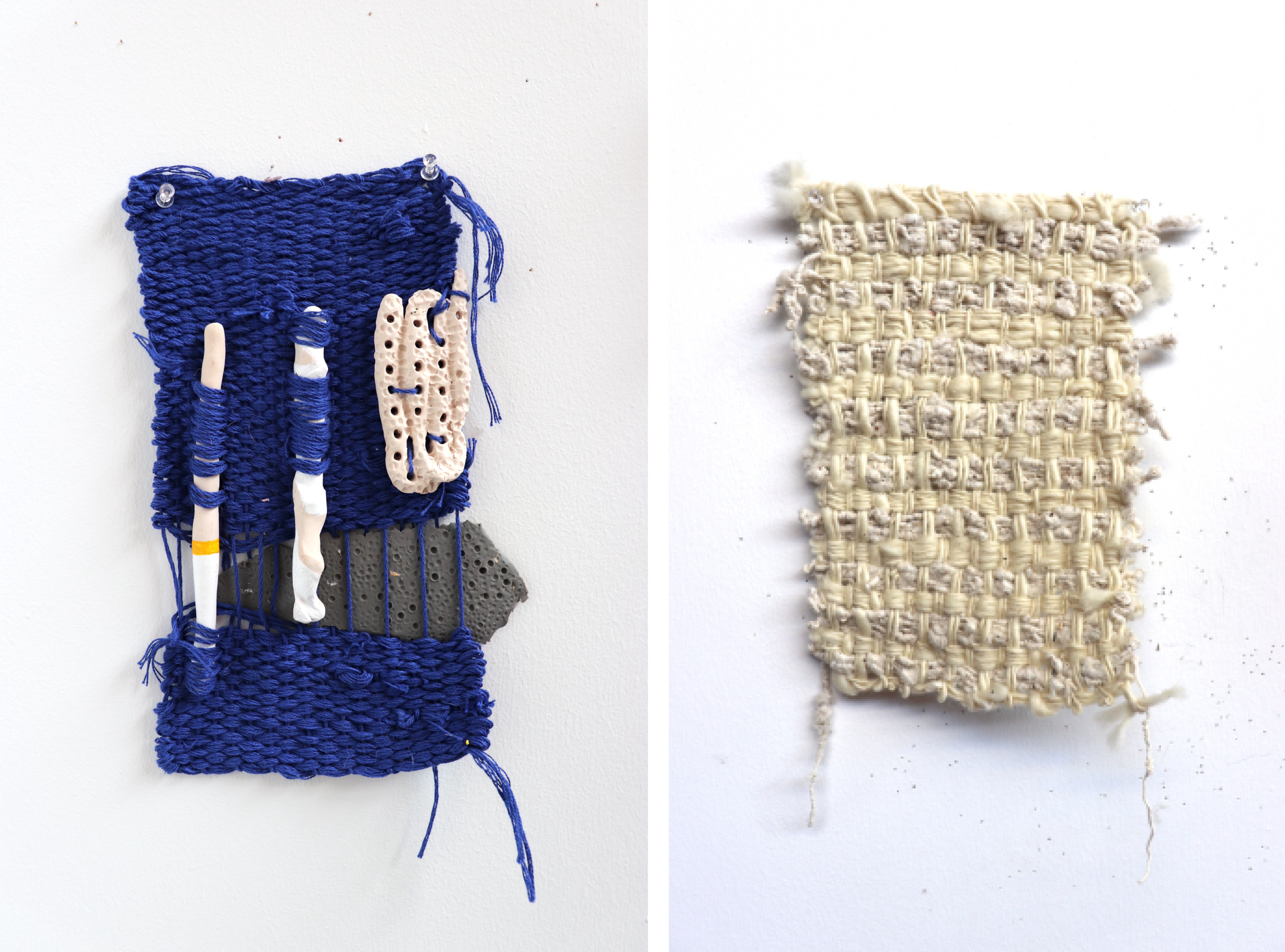 This past November, artist Bryana Bibbs left the security of her full-time job, extricated herself from a toxic relationship, and began to weave. Since she graduated five years ago from the School of the Art Institute of Chicago — one of the top art schools in the U.S. — Bibbs had not made a piece of art. The choice to break from job and relationship, and the torrent of weaving that ensued, can be described as nothing less than an unabashed act of self.

In four months at home in Chicago during Quarantine, Bibbs made 68 artworks. This effort was compelled by its own momentum: a drive to affirm the self by making. The weavings, which are constructed on a loom made by hand out of cardboard, reveal a determination to create, unchecked by the absence of traditional tools. With sheer persistence of practice, Bibbs chooses to weave without pause, never reversing to undo error. She simply works onward, incorporating the testimony of a skipped pick or a selvedge pulled too tight, embracing the narrative of thread ends left to dangle.

Materiality is loud in these works. Strips of pulpy paper, abstract clay forms, and shaggy twisted fiber make sculptural traverse through warp threads. Their steady production evocative of a daily journal, the weavings announce an unselfconscious and fearless play of material and color. Though the weft materials are diverse in scale and form, Bibbs stays true to a more consistent warp, as well as to the structure of plain weave.

Bibbs’ tactile material choices also affirm the varied act of making. The strips of pulpy paper are actually made of her own junk mail, transformed by the kitchen blender. The unexpected clay forms are baked in her oven. The plentiful resource of shaggy fibers is yarn spun by Bibbs’ own hands. Her weft materials are a product of curiosity overcoming enclosure, further testament to the ferocious drive to make.

A particular sub-collection within Bibbs’ quarantine weaving project — The Natural Series — stands apart. The pieces were constructed with raw recycled cotton, which was sent to her in a box as part of the W.A.R.P. 2020 residency program, organized by the Weaving Mill. The creamy tones of cotton and wool give louder visual voice to the weave structure. While these weavings still evoke spontaneity, their pared palette and more specific materiality reveal a new dimension of self, a considered one. This series, while it continues her diaristic practice, appears more self-reflective, as if the preceding weavings have done their job of revealing aspects of self that Bibbs can now respond to. Where the previous works pop and vibrate with freely placed color, these are more controlled, making texture central.

The Quarantine Series, a live catalogue of daily weavings, is a testament to Bryana Bibbs’ resolve, an inspiring answer of what one might do in a time of overlapping personal and collective challenge.  Numbered chronologically one to 68 across a page, the works are a morse code, a heartbeat claim to life. The numbers of the days, like the intervals of plain weave, march along steadily, one foot in front of the other.

Learn more about the art of Bryana Bibbs.